Consequences: For a certain amount of energy to be produced, one will have to buy/rent a certain amount of area - either directly on the ground or for example on the rooftop of some building. This might be pretty expensive. Furthermore, the sunlight as a resource might not be used for any other means, and puts solar energy into competition with i.e. agriculture which is at least ethically questionable.

Even if solar energy devices like solar cells are fabricated in mass production, they are still pretty expensive. The time until just a photovoltaic panel pais itself varies between roughly ten and twenty years for countries with and without governmental aid programs. This is a very huge time since other expenses have to be counted equally. This time, however, could be much smaller if solar panels would be more efficient. At the moment, commercially available solar panels reach around 22% efficiency - steam turbines which are responsible for the majority of conventional energy production work at around 40% efficiency, a huge difference. Although multijunction solar cells have been demonstrated to work at much higher efficiencies also around 40%. The production of such devices on the other hand is extremely sophisticated and costly such that they are basically only used in satellites.

Consequences: For private companies without huge governmental aid it is a very risky endeavour to invest in a solar energy system. This is supported by the fact that the output powers of the biggest industrial power plants are only in the ten MW range at the moment, as for example the Siemens-owned solar parc in Les Mées, southern France with an output of 31MW on 0.7km² (see picture, ). Nuclear power plants, on the other hand, have an output of over one GW. This brings us back to the space issue - to produce 1GW with a solar power plant would require an area in the order of \(1\text{GW}/31\text{MW}\cdot0.7\text{km}^{2}\approx23\text{km}^{2}\).

Consequences: a household that solely depends on green energy will always need to have a suitable battery system. Even though energy storage devices like rechargable batteries are getting better each year as we can see in the decreased sizes for laptop batteries, high-performance energy storage devices useful for industrial applications are yet to be developped. Now any kind of energy storage device has a certain efficiency on its own. Pumped-storage hydroelectricity is by far the most used high-power storage system used for power plants. Their efficiency around 70...80% lowers the overall efficiency of solar energy quite significantly. 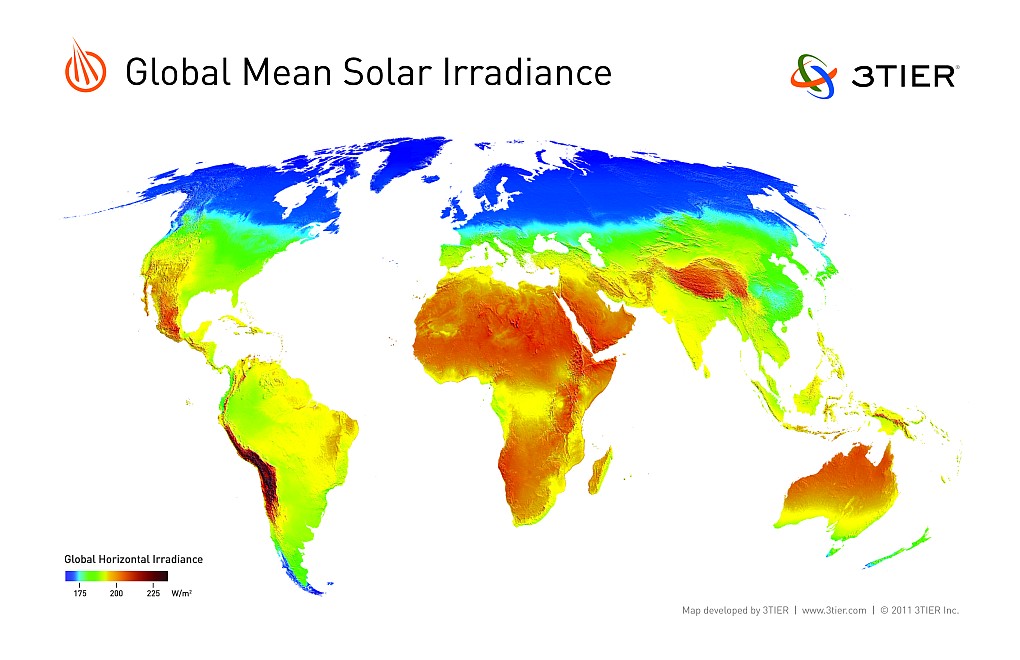 If solar power will be a story of success is not clear. We have seen that there are several disadvantages of solar energy: economical, technical and also ethical ones. If we further consider the natural distribution of solar irradiance accross the planet, politics will also have a big influence. These are all problems we are and will be facing. Nevertheless, we will have to solve these problems: starting with the industrialization and the excessive use of coal as energy source results in enormous air pollution since the 19th century, Chernobyl and Fukushima outline humans incapability to control nuclear energy and oil is simply running out: The transition to green energy is without alternative, but we will not be successfull if we are not very careful in the transformation process and cannot ignore the disadvantages of the new forms of energy production.